So, what have I been up to these past few weeks? Well, I had a little break over Christmas and New Years’ and spent time with my family. We checked out SciTech in Perth where I played a laser harp. Apparently, my husband wasn’t aware of my incredible musical talent, so let’s just confirm my playing was good. Whether I can repeat the performance remains to be seen.

Then we went to the Planetarium and watched the stars splayed out in the amphitheatre. I could have stayed there for hours staring at the night sky. However, it seems twenty-five minutes was long enough as I was dizzy when the lights came on. I also thought I would fall headlong into the seats below, but fortunately, I recovered in time. Despite that, I’d go again. Or at least, I need to find a spot where I can stare at the night sky without fear I’m going to fall afterward and require permanent medical assistance.

We also visited the aquarium, where my youngest was completely fascinated by the sharks. I checked out the living seventies lava lamp in the form of a glassed in, tube-shaped container full of jellyfish. They were so beautiful. And the seahorses. Oh, they were just stunning. So many wonderful  things to see. We also visited a winery, so I’m sure you don’t need any details of that. More importantly, you don’t need to see any photos...

Etched in Stone by Liv Arnold 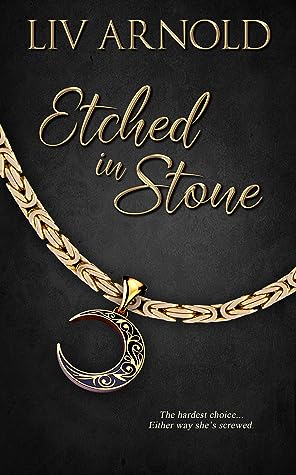 Vanessa Lang lands her dream job at an investment firm, Stone Corp. When her kleptomaniac mother is caught shoplifting, Vanessa is forced to accept a deal with the detective—collect evidence of insider trading at her new job. Investigating Sebastian Stone comes with benefits. The drop-dead-gorgeous CEO introduces her to steamy encounters in public places, and in the midst of it all, she gathers information about his business. She soon has a difficult choice to make…save her mother or protect the man she loves.

Vanessa’s developed a habit of running into her boss in varying stages of undress; not exactly the good impression she wanted to create when she began her dream job with his company. Given she’s beginning her career on a secret mission to destroy his livelihood to save her mother, things are about to get a lot messier. She’s already forming meaningful friendships with two of her fellow workers, her mother’s driving her crazy, and before she knows what’s hit her, Sebastian is driving her wild with desire. In the bedroom. In the boardroom, the elevator, and even the office corridors.

Oh, this was such fun. I loved seeing Vanessa blossom into a strong woman and take charge of her life. The one-liner banter between her and Sebastian is hilarious, and I loved the friendships she formed. I like to think there’s more than first meets the eye with some of the minor characters and I want aunts just like Vanessa’s. They were a hoot. I also loved the dramatic build-up to the final scenes and I look forward to the next in Ms Arnold’s ‘Invested in You’ series. :) 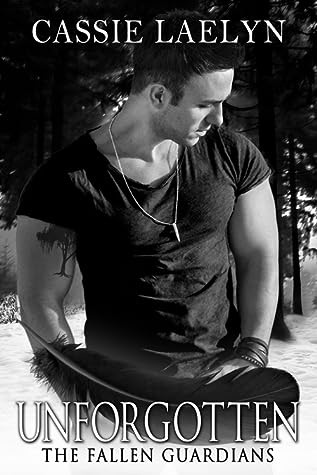 Fate offers no mercy. Especially not to those who betray her.

Lethal Guardian Aric's loyalty never falters. Not even when Fate exiled him and his brothers from the Heavens, separating Aric from his soulmate. He'll do anything to reunite with her. But when Willow suddenly appears in the mortal realm, Aric's greatest fear comes true—she's no longer the angel he left behind.

Since Aric abandoned her, the Heavens have become Willow's personal Hell. Centuries of bitterness and hurt is a toxic combination. It even affects her angelic powers. When a Fallen offers Willow a chance to escape, she accepts. But shunning her connection to the Heavens comes at a cost.

In a twisted battle of loyalty, trust and hope, what price will two soulmates pay for a second chance at love?

When his brother, Raven, made a deal with Fate, loyal-to-a-fault Aric hadn’t given it a second thought to join him on his quest. But he should have. At first, he thought the task would be easy enough, and he’d return to the heavens before his love was any the wiser. But he’d been wrong. So very wrong. Now he’s caught in the mortal world and his true love, his Willow, was somewhere in the heavens where he couldn’t reach. She must know he still loves her though, even after all these centuries apart.

When Willow discovered Aric’s decision to leave her behind, a wedge of bitterness and betrayal lodged in her heart. Trapped in the Heavens, her loneliness and anger swell into a resentment that attracts one of the Fallen. He’ll set her free—for a price. The last thing she expects on the way down is to see Aric. Worse to come to the realisation his soul still calls to hers. But he abandoned her, didn’t he? And now he knows she’s made her choice, there’s nothing he can do about it. Nothing except carry out his sacred duty – to slay all Fallen – no exceptions.

Battling between one’s heart and one’s duty has never been more epic.

Ms Laelyn follows on from her brilliant debut with another marvellous story set to capture the reader’s heart. Unforgotten doesn’t tug at the heartstrings; it wrenches them. Aric and Willow’s romance is emotional, raw and filled with sensual heat. A must have.

Driven to kill. Compelled to protect.

Five hundred years ago, the cure for the common cold went horribly wrong, turning those infected into freaks consumed with hate and rage. Forced underground, the freaks return above ground at night, driven to attack the surface dwellers – their bite infecting thousands more.

To fight the freaks and protect mankind from extinction, scientists created genetically enhanced soldiers. Stronger, faster, with enhanced senses, wardens are trained from birth to protect the weaker humans.

The Captain of the Ward, Jackson Kyle, is infected while saving the life of another warden. Due to his genetic enhancements, he is like no other freak. His faculties intact, he escapes from the Ward and encounters a mysterious young woman. The second he touches her, he is caught in a bond, compelled to protect her at all costs. For she will decide the fate of humankind.

Infected Warden, Jackson Kyle, wants nothing more than to tear humanity limb from limb until he grabs hold of a mysterious woman’s arm. Now all he wants to do is keep her safe even if it means the end of his pitiful existence. But he doesn’t care for her, not really. That’s not what freaks do.

On the run her entire life, Justice knows within a few short days, a cataclysmic event will change the lives of everyone – human, ward, half-breed and freak alike. Soon she will be at her most vulnerable, but until then, one touch compels that person to keep her safe. But when the ward-turned-freak lays his hands on her, something changes and they both feel it.

On the run from zealots, the wardens and the freaks, Justice and Jackson must work together if they’re to survive the coming days. Because time is running out and judgement day is coming.

Wow! My mind is whirling right now. The amount of work this author has put into her story is amazing. Multi-character viewpoints and converging plots are difficult at the best of times, but Ms Nolan accomplishes this feat with ease. The action, the build-up and the intensity is fabulous and I don’t imagine there’d be too many readers who wouldn’t want to finish this in one sitting. Did I mention ‘wow’?

I have a writing workshop to look forward to in March and writing group starts again this week. I’m sure there’ll be more events to come as the year unfolds such as fabulous book launches by my fellow authors. I’ll also be attending an event called Perfectly Published Perth, where I’ll meet some authors I’ve been chatting to online or who’ve written books I’ve loved. Plus, I’ll be attending my first RWA conference in Fremantle. (So excited!) Soon after will be the Rockingham Writing Convention and then, in the second week of September, my first book launch with my publisher, Gumnut Press. Nobody dare pinch me!

So, with all that excitement, writing, editing and working, 2020 will be a full and fabulous year. I hope your 2020 is just as wonderful. :)